Ntel History – How it all Started

Ntel was born when the Nigerian telecom sector has already been inundated by key players like MTN NG and Glo NG. However, its antecedents far exceed the reach of these big players, giving it a strong leverage. Ntel history is one to reckon with as it contributed immensely to the revolution in the telecom sector. 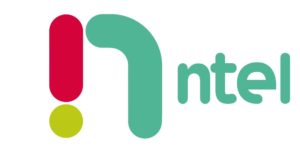 What comes to mind when you hear Ntel? For most people, it is 4G LTE and for some, it sounds quite similar to the old-rugged NITEL. Both schools of thoughts are not far from the truth.

Ntel brought a revolution to Nigeria’s telecom on January 18, 2016, when it made its first on-net test data call in Lagos. Subsequently, in partnership with Sony Mobile and Ericsson, it made the first Voice over LTE (VoLTE) call on February 25, 2016.

As you would notice, the name “NTEL” bears a close resemblance to NITEL. Also, It is culled from NITEL, after NatCom acquired the core telecom assets owned by NITEL/MTel.

After the liquidation of NITEL in May 2015, several assets owned by NITEL were completely transferred to NatCom. These assets include the operating licenses, the spectrum service operating on shared microwave and cellular on 900/1800/1900 MHz. As well as a share of the SAT-3/WASC/SAFE submarine cable system and full ownership of the Lagos cable landing station.

Other assets include the metro-fiber ducts and intercity fiber right of way and infrastructure like tower sites, telephone exchanges and satellite earth stations.

NatCom trades with the brand name “NTEL”, the telecom currently operates in three major Nigerian cities, namely; Lagos, Abuja and Port Harcourt. However, NatCom aims at expanding its coverage by 85% and 95% of its mobile broadcasting spending in 3 and 5 years respectively.

Ntel history is one of a great tribute. However, the company needs to maintain its stance in coverage and services. It also needs to invest more to improve its services to meet the needs of its teeming customers.