↓ Skip to Main Content
Home › News › Netflix and IrokoTv: Is the battle of supremacy Imminent?

Netflix and IrokoTv: Is the battle of supremacy Imminent? 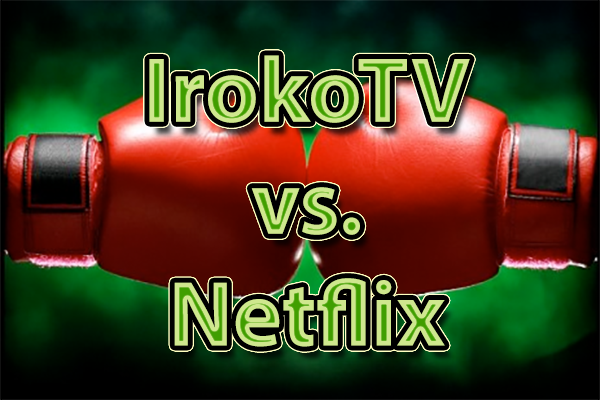 According to Reed Hasting, the co-founder and CEO of Netflix, the company provides powerful streaming of both movies and TV shows at the same time. The power of what to watch whenever and whatever is now in your hands.

In summary, if consumers in the countries that have been enjoying the services that Netflix provides in the past can actually declare that the power to watch movies and TV shows wherever and whenever has been placed in their hands; then the company is set to fight their competitors to a standstill.

The question is, can IrokoTV (a stiff competitor), also make such bold declaration? Can an average Nigerian say that with IrokoTV, they have the power to watch whatever TV shows and movies anytime and anywhere they want to?

If the answer is yes, then the competition between Netflix and IrokoTV will indeed be stiff; and if the answer is no, consumers and indeed my humble self will definitely witness one company cannibalizing the other; so which company will stand and which one will fall? Or will they somehow discover a common ground to co-exist and thrive in harmony?

IrokoTV has the largest internet storehouse of Nollywood movies globally, earning them a deserved title as the “home of Nollywood”.  Therefore, as far as Nollywood remains popular, IrokoTV isn’t going anywhere.

Netflix recently astounded the world when they extended their services to over 130 countries like India, Russia, Indonesia, and many other countries. They are the world super storehouse of movies, TV shows in both local and international level. To access their service fully, there is a monthly fee charges that must be covered.

Netflix have more service options than IrokoTV; while the later provides mostly internet streaming of mostly Nollywood movies, Netflix goes beyond that and more to providing both international and local streaming including Nollywood. So, their service coverage is indeed wide affording people the choice to really watch anything, anytime, and anywhere as long as they are subscribers.

The future looks bright for Netflix; however, the possibility of Netflix ousting IrokoTV as far as Nollywood online streaming goes is simply vague.

In the future therefore, I submit that IrokoTV will continue to strive as long as they are up and coming with very competitive service upgrades and if they also affiliate with Netflix in the area of Nollywood streaming. The possibility of both giant streaming companies co-existing and thriving exceedingly side-by-side is confirmed. Do you know that many contents from Nollywood found on Netflix is licensed from, guess who, “IrokoTV?” Now if this isn’t a confirmed side-by-side harmonious existence, what is?

However, there is still a chance of one company ousting the other, but it will be a difficult battle because the two companies are giants and totally prepared to tug it out. Therefore, a complete cannibalization might not be imminent, but a case of one company subduing the other is.

The two companies have come to stay and because they are both giants and well furnished with resources required to maintain their market share; the possibility of one ousting the other isn’t so imminent.

What is your opinion, we would like to hear it. Are you a IrokoTV or Netflix aficionado? Tell us about your experiences and which data plan you are using for TV streaming.