↓ Skip to Main Content
Home › Data Plans › What is Glo Getting Wrong?

What is Glo Getting Wrong?

Like most Nigerians, I have been lured by Globacom super-cheap data plans but who wouldn’t? Driven by the desire to surf the internet endlessly at a really cheap price, I subscribed to Glo data and ditched MTN, a move I later regretted.

As you would expect, I gave up on Glo barely a week of using the network. Glo is frustrating, very frustrating and most subscribers can attest to this. In fact, the network is losing subscribers in hundreds by day and yet it doesn’t care! 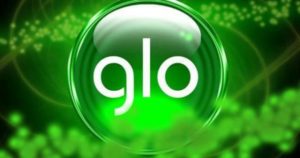 Just like me, the average Nigerians are always looking out for the cheapest data and Globacom is undoubtedly the cheapest; but affordability does not always equal value, and in the case of Glo, usability.

Globacom has exceeded some milestones in terms of data affordability and in the onset, the cheapness of the data lured countless subscribers into the Network.

Today, most subscribers have realized that the cheap data service is just a trap. Most Nigerian data users would rather subscribe to costly MTN and Airtel data than opt into Glo.

The problem with Globacom data is that it is unavailable where it is hyped and known to be available. No network is 100% available in all nooks and crannies of Nigeria but Glo is a special case.

The issues and incompetence of Globacom services and networks have persisted for a long time, thereby raising questions on whether the service provider is actually aware of their incompetence.

However, several concerned sources have contacted Glo through a number of phone calls and messages but the company simply refused to comment on the obvious blunder.

What Globacom Must Do

Perhaps the management of Globacom believes that it can win large customer-base by continually lowering the data cost without minding the services but this is wrong.

While lowering data cost will excite subscribers and pull in subscribers into the network, the pull would definitely be short-lived, as evident in Glo. The only way to maintain and keep the subscribers is to offer high-quality service.

Globacom can put MTN out of the market by beefing up its internet and data services; if this is combined with their cheap data, Glo will be the number one network in Nigeria and MTN will lose its place. Although beefing up the network and data infrastructure will cost some money, the benefit of the resulting large user and subscribers will definitely offset the cost.