Airtel is loved by several internet users in Nigeria because of its speed and coverage. In fact, to so many internet users in Nigeria, Airtel is second only to MTN NG but it is also considered to be a costly plan. You want to know the best Airtel data plans to surf maximally, don’t  you? We reviewed some of the available Airtel data plans to help you maximize your surfing experience. 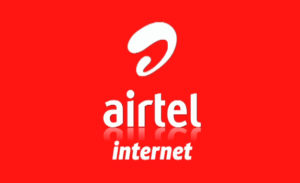 Unless you have really light internet need for a short time, daily and weekly plans may not be a cost-effective option for you.

Besides the Glo 100MB – 225MB plan for 100NGN, Airtel 75MB for 100NGN is probably the best and most affordable daily plan. Unlike Glo plans, Airtel plans seldom fluctuate when they are available, making it a better option than Glo. The plan is valid for 24 hours and you can dial *410# to subscribe to it.

Airtel also offers 200MB for 200NGN, valid for 3 days and you can subscribe to it by dialing *412# and following the provided options.

If you really want to surf better in Airtel, the monthly data plans are a better option for you. Airtel data plans are very similar to MTN’s in terms of cost but its internet speed makes it desirable.

You can subscribe to Airtel monthly data plans or any other Airtel data plans by dialing *121#, selecting 1 and following the options provided.

Real-hard internet surfers always surf at night because internet service providers usually lower the cost of their data plans at night, Airtel is not exempted.

Airtel night plans are some of the best Airtel data plans; they are valid between 12 AM and 5 AM. Thus, you have 5 hours of fast and interesting internet surfing.

It is easy to subscribe to the night plans but first, you have to migrate to the Airtel Smart Trybe tariff plan by dialing *312# and then follow the commands to subscribe to your desired plan.

In conclusion, the Airtel data plan you should go for depends on your need. If you want to quickly check up the internet, the daily or weekly plan may be adequate for you. Monthly plans are good for Airtel users who want to really surf harder but the higher your subscriber, the better the benefit you will enjoy. Airtel night plans are some of the best Airtel data plans, allowing you to surf for a long time between 12 AM and 5 AM.