He is also the first appointed to the post since the company’s change of name and management in 2017. Stephane Beuvelet who had occupied the post before Alan, operated in an acting capacity.

9mobile is one of Nigeria’s four main telecom operator — ranked at spot four if subscriber strength are the metrics considered. Formerly named Etisalat, the telecom company had been beseated by inundates of debts from conglomerates of banks. This forced the parent company, EMTS, a UAE firm to redraw its services from the country, leaving behind all its infrastructures.

The once-popular operator was left at the risk of takeover by the comity of banks and the country’s telecom regulator, the Nigerian Communication Commission, NCC, stepped in. The regulator brokered an agreement with the creditor banks and an interim management board was instituted.

Upon acquisition of the firm by Teleology, a new board which had Stephane Beuvelet as Managing Director in an acting capacity, was constituted.

Between september 2015 and march 2020, 9mobile withnessed series of loss of subscribers on its network. The telco shedded about 11.4 million subscribers.

Users of the network complained of poor network in the vicinity where the telco has its mast sited and general dismal service delivery.

It should be noted that of all the data packages from the four major telecom firms in the country, 9mobile’s data bundles are the most highly priced. Its call plans are also no better compared to the three other remaining telcos with national spread. Nevertheless, projections seems to change with the appointment of a substantive CEO for the telecom firm.

However, the 9mobile brand recorded substantial numbers of subscribers who ported from other operators to it. The company added about 3,829 users while Airtel followed behind with about 2,246 subscribers crossing carpets to the telco. MTN and Globacom could only acquire 985 and 88 subscribers respectively from porting. 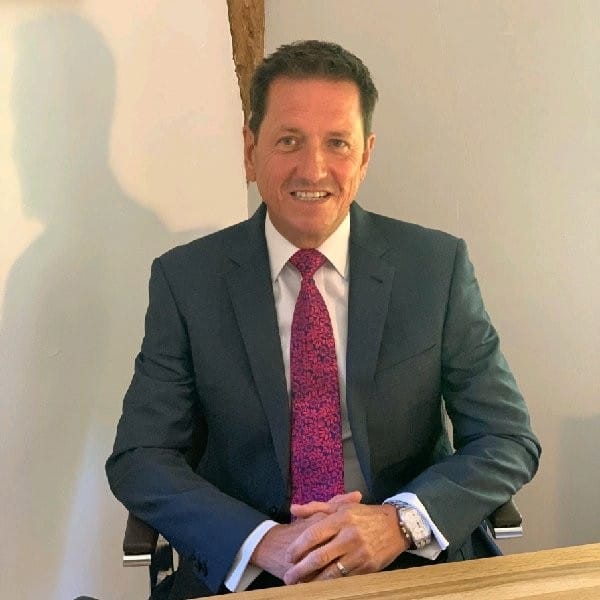 Like most other persons who has attained similar position and enjoyed good media attention as Sinfield in the telecom space, the gaffer prefers his private live remains reserved.

However, guesses are that he is English, if his surname is to go by. His Education at Liverpool also fortifies the veracity of such assertion. Sinfield did his Masters in Business Administration (MBA), from the University of Liverpool, United Kingdom.

Nothing more about his Education has been opened up to the public aside his MBA qualification. And although Sinfield’s early education details hasn’t been revealed, it is required that before furthering for an MBA, one need to obtain a high school and college certification.

Our conclusion here is that the reputable CEO has decided not to unveil all of his academic credentials.

Sinfield’s known career track started with the Iraqis operation of Global telecoms holdings (formerly Orascom Telecom) in 2003. Here he served as Chief Information & Customer Services Officer for about a year and a month in this organization.

Global Telecoms Holdings was founded by Africa’s 9th richest man (Forbes), Naguib Sawiris. The company has operations mainly in Egypt (where it was founded), North Korea, Lebanon, Pakistan and other North African and Middle-Eastern countries.

Between 2004 to 2006, he worked with Planning International, a Professional Services & Advisory business based in Dubai, UAE. He served there as the Chief Operating Officer and Board Adviser till January 2006.

Alan later spent his next four years at Starlink, a virtual network operator (a network service provider that does not own telecoms infrastructure) based in Qatar. He worked there as CEO and board member till February 2010.

Alan Sinfield had a lengthy working experience with CADCOMMS, a cambodian telecom firm. He worked there as CEO and board member from February 2010 till September 2017. Sinfield’s next work yet in another country was at Amara Communications Co. (Amanda). The mobile network operator provides 4G+ services to users in Myanmar. He served there from April 2018 through September 2019.

Aside working with telecom firms, Sinfield has had experiences with several banks spanning many countries and continents. He had a working experience with the Bank of America as a management trainee. There he spiralled to become a programmer and business Analyst.

Sinfield worked as technical manager at Barclays Bank in South Africa. He went on to work in different other Banks in Germany, Portugal, Slovakia and Hong Kong.

9mobile announced Sinfield as its new Chief Executive Officer on June 1st. He is brought in according to the MNO as a seasoned telecoms expert with extensive international and operational experience in wireless telecom, fintech and banking sectors spanning over 30 years. However, from all indications, it appears the reputable manager would be faced with another distinct calibre of duty in the rigid Nigerian telecoms market.

He needs to steer the 9mobile brand away from persistent losses towards revenue gains. And 9mobile’s chairman, Nasir Bayero, believes his numerous telecom experiences in various countries would pivot him through.

While admitting the strong competition in the country’s telecom sector, Sinfield hopes to lead the company through what he labels as the next exciting phase of its journey.