9mobile acquisition: the struggle to win the bid

DesmondPosted on January 30, 2018 Posted in News

9mobile’s tales are no news to most subscribers, geeks, and followers but the news and trends seem to change by the day. One needs to keep tabs with information on a daily basis to know the current trends in 9mobile acquisition. 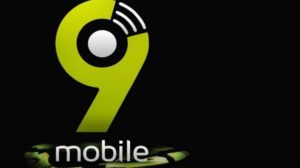 As at December 2017, there were 5 major bidders for 9mobile NG. These include Airtel, Globacom, Smile, Helios, and Teleology Holdings Limited.

Many analysts had already concluded that Glo would win the deal. Of course, Glo has a lot of edges over other competitors in terms of financial resources and had Glo or Airtel won the bid, it would have edged MTN and become the biggest telecom company in Nigeria.

9mobile’s affairs are muddied in a lot of dirty waters. The Cable recently released a report that three out of the five (Airtel, Glo, and Helios) aforementioned bidders have developed could fit.

The major reason for the disinterest is probably the troubles looming over 9mobile over the years. The question is not just about purchasing the troubled telecom and its $1.2 billion debt but there are a lot of hidden things in the health of the company.

Just a few months ago, the 9mobile acquisition saga involved five major players but today only two of those players are involved. In fact, the rumor had it that Globacom was anointed to takeover 9mobile but current report states otherwise; Glo has not made any financial offer.

The two bidders remaining in the game are Teleology Holdings Limited, led by former MTN Nigeria CEO Adrian Wood, and Smile Telecoms Holdings. Mr. Wood seems to have a remarkable experience in the Nigeria telecom market. The business model he created for MTN Nigeria is remarkable.

While Teleology placed a bid of about $500 million, Smile Telecoms Holding quoted $300 million. All indicators point hands to Teleology as a preferred bidder in the 9mobile acquisition and, in fact, many analysts are already dubbing Teleology the winner of the bid but the two companies were given 30 days to prove that they have the financial resources to acquire the company; there is simply no winner yet.