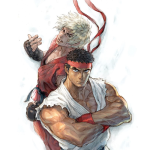 There are many online games in Nigeria; however, all of them does not attracts large downloads. In this article you will discover which games are most downloaded and played in Nigeria.

Games are created for the purpose of fun and entertainment. There are many games already available in the market and many more are being released every day. At telcoinsider we have taken the pain to showcase few among the many popular games that people love to play in the country. The games are mostly categorized for teenagers and young adults, but older adults also can enjoy playing the game.

So, without further ado, below are 5 top games Nigerians love to play.

This is a very popular online game that can be played online through the PC or any other mobile phone device. It is free and involves driving a buggy over the hill to get to the finish line without crashing. In the process of driving downhill you are expected to crush cars to collect special items to earn extra bonus.

This is a monster truck race game and it generally involves racing to earn coins to unlock ten extreme monster trucks. Players will show their skills of manipulating trucks through ice prairie and the desert in thirty two very competitive levels. To download the game is not free.

Street fighter IV is a very popular PC game among the youth in Nigeria. It is a series that changed into a whole new level. The series continued the tradition of excellence the game is known for. Five new characters and six new stages are extra features that were added to the new series. If you missed the mayhem and destruction this game is popular for, get ready for more mayhem in this series.

4. Injustice Gods Among Us

Injustice Gods Among Us is another very interesting and popular game played by children and younger adults. The game is from Nether Realm Studios featuring 6 current playable characters, 60 new S.T.A.R labs, and thirty new skins. The edition of these games is fully packed with action including comic characters like the Joker, Batman, the Flash, Superman, Wonder Woman, etc.

Buy Injustice Gods Among Us online

This is a favorite amongst basketball players. The BNA 2KI6 games features the return of very realistic NBA experience. Take charge of an NBA team or choose to enhance your racing skills online against other players from all over the world. The game offers more fluid movements and realistic conversation animations.

In Nigeria, people prefer to play games using the PC, mobile device and video game console. However the most popular source is the PC. The reason is that PC has multiple uses compared to a game console that is dedicated for playing games only.

Playing games online may consume lots of your data volume. Especially with live multiplayer games where participants are playing against each other from different locations around the globe and data is exchanged amongst peers in realtime. It’s a lot of fun but choose your data plan wisely.

Well guys, these are the top online games in Nigeria, as we have been told. Hope you enjoyed reading them.
Is your favourite not in this list? Do you think another online game is much better?